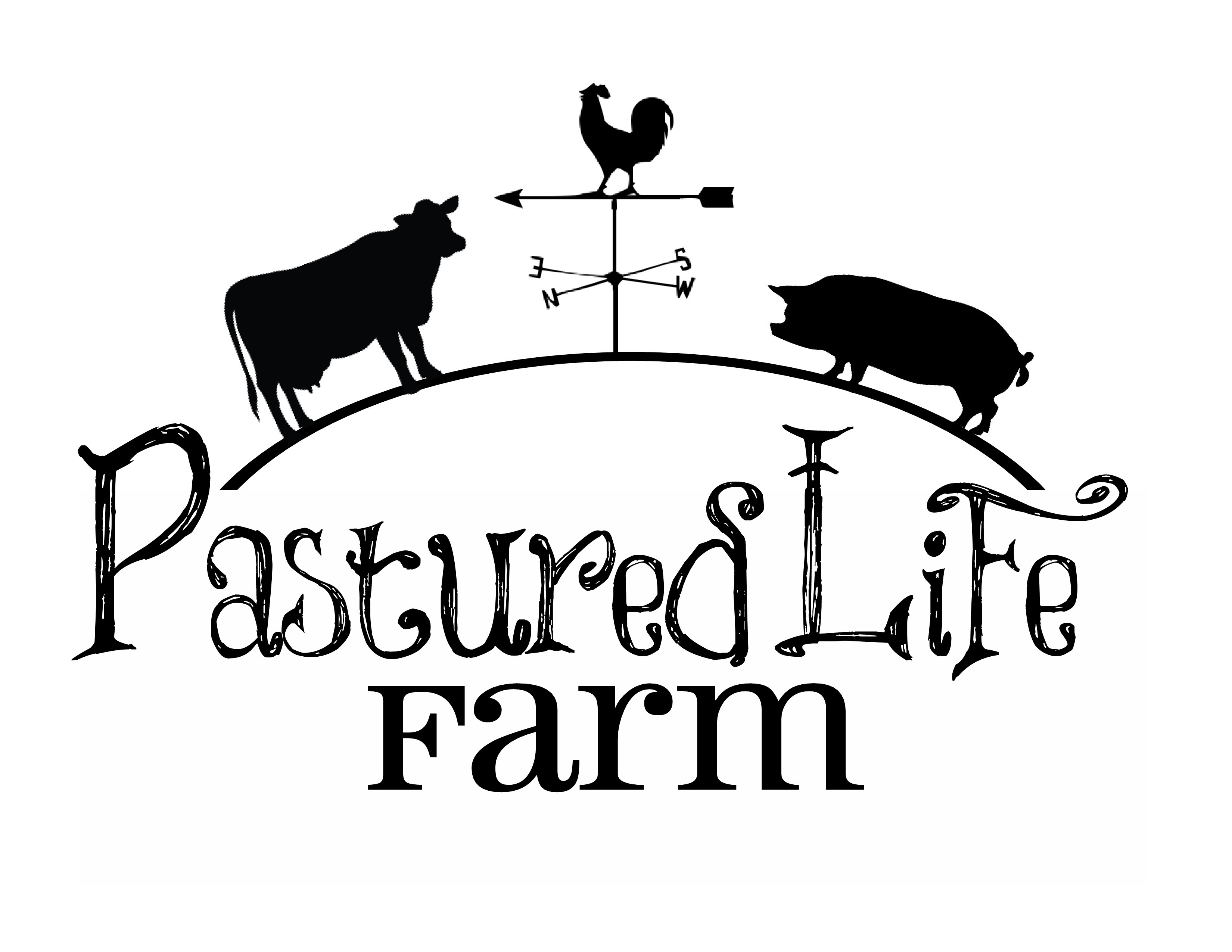 The Poultry Paradox - in response to "The Plant Paradox"

Are your chickens truly grass-fed? Do you feed them any grains? These types of questions are plaguing pastured poultry producers around the country, and I wanted to get to the bottom of it to figure out why.

It didn't take much Googling to stumble upon The Plant Paradox, a popular diet book, written by Dr. Steven Gundry, a well-respected cardiologist with many incredible professional accolades to his name, such as the largest number of Infant and Pediatric heart transplants to date, and the longest baboon to swine heart transplant, plus a host of medical device patents as well. He’s a well respected member of the medical community, so when it comes to hearts, it probably goes without saying, this guy probably knows a thing or two about hearts. Chickens, however, not so much.

To summarize his dietary advice, he recommends avoiding all foods containing lectins. So, what are lectins, you might ask?  Lectins are protein molecules that bind to carbohydrates, and while there are dozens of different types of lectins that all behave differently biologically speaking, many act as anti-nutrients, like our old friend, raw soybeans. These proteins are found in many foods, especially legumes such as beans, and peas. They also lurk in whole grains such as lentils, corn, wheat, rice, barley, and many other commonly used grains. Lectins are also found in any fruits or vegetables containing seeds like apples, squash, nightshades, and many, many more. As you can see, the list of allowed foods is shrinking significantly when it comes to plant based ones.

Since lectins are protein, that should be a good thing, right? Well, the short answer is, maybe. Lectins primary function in plants are part of its natural defenses. Every living organism has at least one mechanism of self-defense, including the plants. Anyone who’s ever tried to grow tomatoes knows that bugs don’t show up until right when the fruit is ripening, and then seemingly overnight the damage is devastating. Even in The Plant Paradox, the author points out that prior to the introduction of the Granny Smith apple, it was known that eating green apples would produce very unwanted consequences. It’s really amazing how these systems are designed for the continued propagation of life!

For whole grains, those seeds are designed to fall from the plants and lay in wait until the time and conditions are right for germination. Meanwhile, others, like fruit & vegetable seeds and nuts are intended to be consumed and subsequently carried away. Only to be deposited elsewhere, far enough away from the parent plant or tree to not compete for nutrients, sunlight, or mere existence.  Can you think of a species more capable to carry away small seeds great distances than the avian species? The argument that nature wants these seeds to be eaten doesn’t fall on deaf ears, but who determines which species are the eaters and which of them aren’t?

For subscribers of the low lectin diet and advice given by Dr. Gundry, it is expected that poultry producers raise chickens not only physically on grass, but that we also do not provide them any sustenance outside what they would receive from foraging for plants and insects. Both in his book and on his blog, he has incorrectly labeled chickens as "insectivores" and makes the assumption this diet is obtainable and you simply need to make sure your provider of poultry follows his guidelines. Obviously as defined, chickens are omnivores and are not by nature solely insectivores, but rather they are opportunistic foragers. With highly acidic digestive systems, there is very little a chicken cannot eat making their diets very flexible based on their geographic location.

Before their domestication, chickens ultimately derived from jungle fowl, having a diet rich in seeds, insects, reptiles, tender green plants, small mammals, dead animal carcasses, fallen fruit, and most other opportunistic nutrition. This flexibility in diet allows jungle fowl to thrive in most environments. However, in those conditions, they do not reach maturity until 6 to 8 month of age and only reach live weights of approximately 2.5-4 lbs. Using even the most conservative calculations, these birds would have consumed over 25 lbs of foraged food during that time, and their resulting meat would possess a  tough/stringy and strong flavored quality. By and large, this is counterintuitive to what pastured poultry growers are trying to produce.

As prey animals, this also meant they spent the majority of their days under the protective covering of the tree canopy, and not out in open pasture for extended periods where they would be vulnerable to predation. It comes as no coincidence then, that chickens naturally lack the microflora to survive on plants and grass alone, making them unable to fully utilize their nutrients in the same capacity as herbivores.

It’s not uncommon for customers to regularly bring forth concerns regarding their personal diets and whether or not what the animals are fed is compatible with the resulting products we all raise, be it for meat or eggs. The organic and non-GMO choices aside, the largest specialty feed request to date, has been for chickens raised on feeds that do not contain soy.  Next in line, and increasingly more requested of late would be soy and corn free. Naturally, as you can see, more and more ingredient limitations are being placed on formulators of feed rations, such as Fertrell, to come up with solutions for these requests. Until now, most of these requests have been relatively achievable with reasonable effort and costs. However, with Dr. Gundry's dietary pillars of no or very little lectin fed poultry, most logic has left the equation on how to responsibly, sustainably, humanely, and cost-effectively formulate feed for chickens that meet the requirements of his diet program.

As pointed out, those pesky lectins are lurking around every corner, and unless poultry producers are willing to rip all their clover and alfalfa out of their fields, it would be impossible to remove all of the lectins from your chicken’s diet, since lectins have the highest concentrations in legumes. Meanwhile, you’ll still find those lectins present in other pasture grasses in varying amounts during their growing periods, especially leading up to their grain phases of development.

The medical community is just like any other, it’s filled with many differing opinions. For every claim, there is a counter-claim, with both sides offering evidence to support their argument.

While there are claims backed by the numerous studies linked in the impressively long bibliography within The Plant Paradox, that removing lectins from your diet is good for prevention of cancer, there is research showing that those same lectins contain anti-tumor properties  (Gastroenterology. 2002 Jun;122(7):1784-92), and another that demonstrates lectins showing promise as a potential cancer treatment as they bind cancerous cell membranes causing inhibited cancer cell growth. (Crit Rev Food Sci Nutr. 2005;45(6):425-45.)

There was recently a study in Finland that concluded that there are “too many studies” for  scientists; that they “are unable to processed the information”. (https://arxiv.org/abs/1503.01881) It’s a never ending saga trying to keep up with the more than 2.5 million new studies across nearly 30,000 different journals annually.

So while Dr. Gundry may have been able to connect a few dots within his research and his patients, it goes without saying, that more studies are needed as they pertain to chicken.

Due to the significant number of potential variables regarding the impacts of lectins on poultry, and the resulting effects on the consumer of those products, it hardly seems wise to up end your operation for what really may only account for a small percentage of your base until further research can be done.

The Case for Mobile Brooding 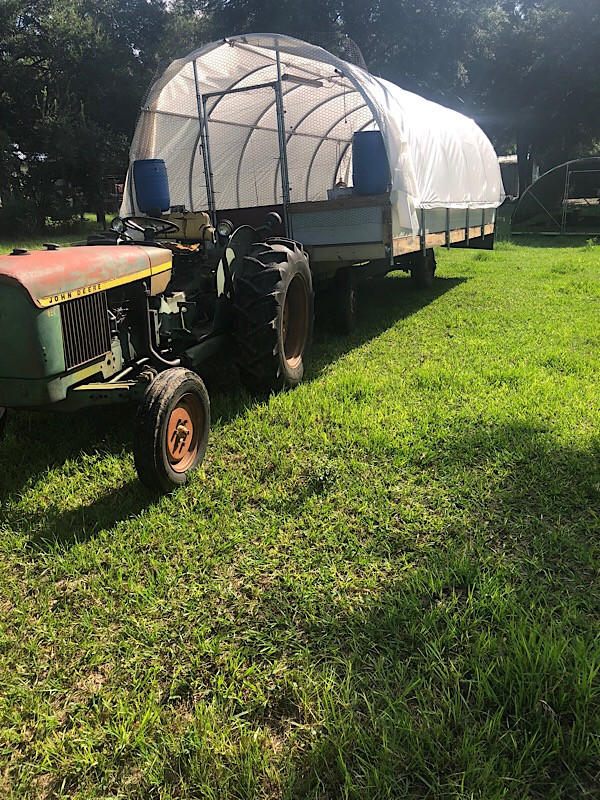 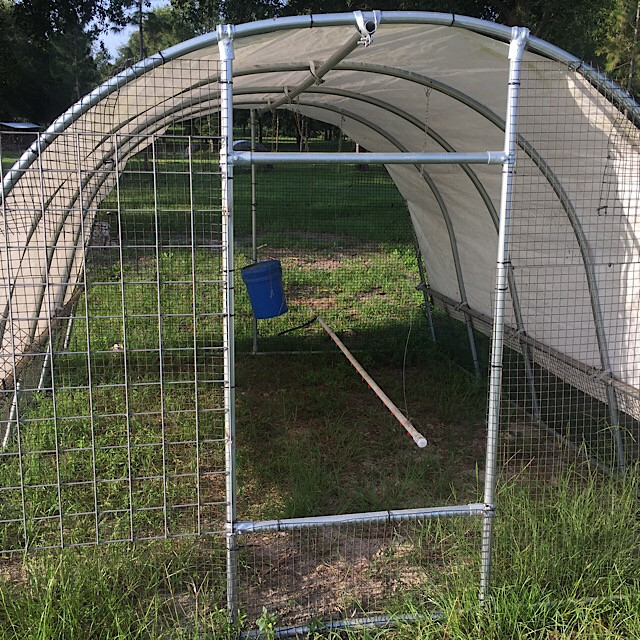 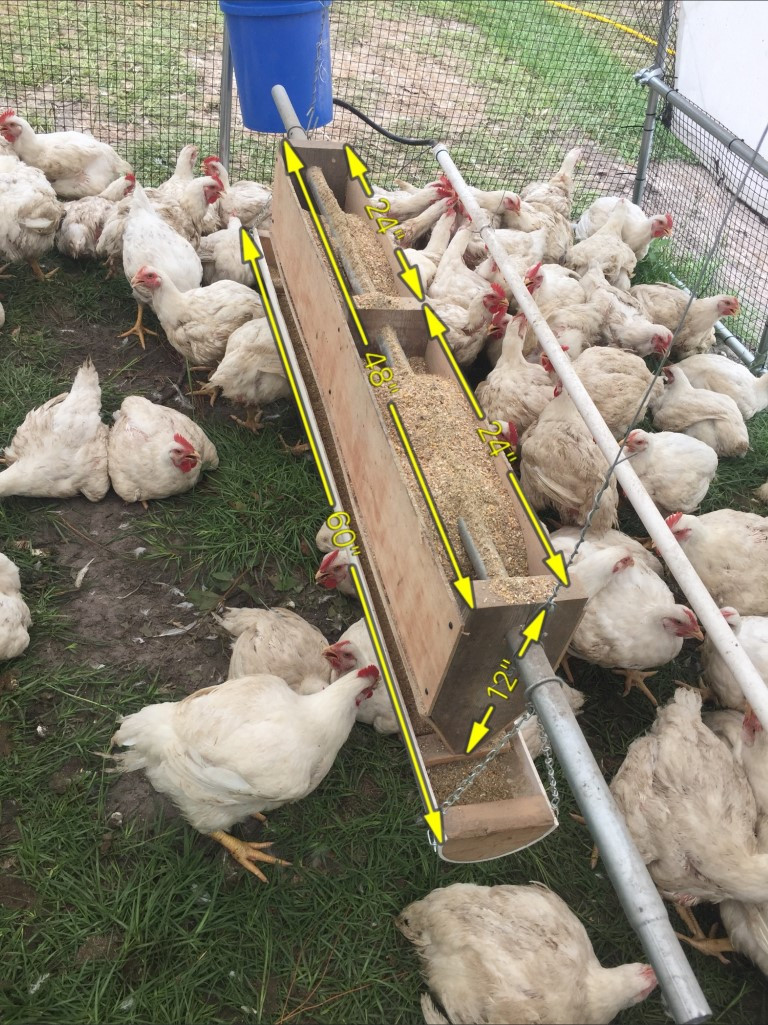